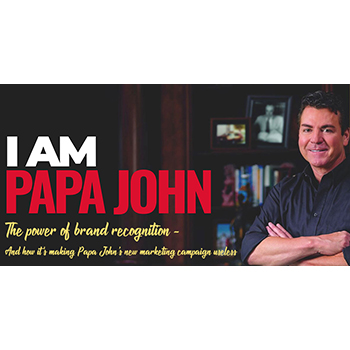 The “Good” of Brand Recognition

When hearing the name Papa John’s Pizza, what comes to mind? For a majority of individuals, this name triggers thoughts of the slogan “Better ingredients. Better pizza” and the face of its founder John “Papa John” Schnatter. For over 30 years we as consumers have been conditioned to associate the face and story of the founder with the brand because when packaged together is relatable to the “every day working American.”

If you’re unfamiliar with the story of John Schnatter here’s a quick re-cap. Schnatter started his Papa John’s Pizza restaurant in 1984 with the vision of creating a better pizza than what was currently offered on the market. He was so determined to achieve this goal that he sold his prized Gold 1971 Chevy Camaro Z28 to purchase some used restaurant equipment and began selling pizzas out of the broom closet of his father’s tavern.

Fast-forward 34 years and his idea grew into a publicly traded company with over 5,000 locations, a personal net worth north of 1 billion dollars, and a cemented legacy as an iconic pitchman. Now that’s the American dream! Right?

The “Bad” of Brand Recognition

Leadership at Papa John’s Pizza decided to build its brand around the persona of its founder, making Schnatter the center of its brand recognition strategy.

Brand recognition is the extent to which consumers can correctly identify a particular product or service just by viewing its logo, tagline, color scheme, packaging, visual elements and even tone of voice and attribute it to a specific brand.

When implemented correctly, brand recognition can make your company name synonymous with a specific type of product or service and can even become part of cultural vernacular.

Brand recognition strategies center on creating a consistent visual and verbal identity, and for Papa John’s Pizza, it was “Papa John” proclaiming “Better ingredients. Better pizza.” However here’s the issue with making the founder the face of the brand, simply put “everything is good until it’s not.”

The years of 2017 and 2018 were fraught with controversy and bad PR for the brand, and it’s founder. Reporting of a sexist corporate culture where female employees were often verbally harassed was found to be commonplace, Schnatter was ridiculed for blaming declining sales on the brands relationship with the NFL and its players protesting social injustice, and the use of a racially insensitive term by Schnatter during a meeting was recorded and leaked to the press.

These moments compounded and created a firestorm for the brand that led to declining sales, a dip in stock price, and Schnatter being forced out of the public eye by his own board.

The “Ugly” of Brand Recognition

The negative perception of Papa John’s eponymous founder directly impacted the company. The actions of the face of the brand have affected stakeholders and franchisees in a way that’s foreign to what they’ve become accustomed to, and the inability for consumers to disassociate “Papa John” from “Papa John’s” has caused their executive team to scramble for a fix.

John Schnatter is now publically suing the company in which he founded and owns a majority stake, Pizza Hut has replaced Papa John’s as the official pizza of the National Football League, and Papa John’s CEO Steve Ritchie is looking for ways to repair the brands’ public image.

The “Voices” of Papa John’s

In the company’s first marketing effort since removing John Schnatter as the face of the brand, the campaign “Voices,” focuses on the “real” people that make up the brand. Sharing the faces and voices of franchise owners, pizza makers, and corporate employees.

Papa John’s said in a statement, “Moving forward; you’ll continue to see and hear from those who make up our family. Diversity and inclusion must, and will, be at the core of everything we do. It’s more than an initiative; it’s a company-wide effort to celebrate our values. As we continue to ‘Do Better,’ we will reinforce this spirit of unity where all people are respected, welcomed and celebrated as their authentic selves within our walls and the communities we serve.”

That sounds great in theory, but unfortunately for the Papa John’s brand, we’ve heard this script before. It’s the same recently used by Uber, and countless other companies that find themselves in damage control after a high ranking executives behavior is exposed.

As Papa John’s distances itself from its founder, Schnatter is attempting to reach and influence the public by speaking “the truth” of his unfair removal from the company on his newly launched website “I am Papa John.”

I applaud the company’s attempt to change public perception, but their efforts will unfortunately fall on deaf ears for the foreseeable future. They’re learning first hand the power of brand recognition, as the persona that was once its strongest brand asset is now the force behind its steady decline.

Your email address will not be published. Required fields are marked * 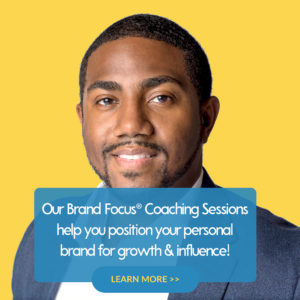